Korean Veterans War Memorial, National Mall and Memorial Parks, Washington, DC, June 3, 2008...The Korean War Veterans Memorial is located in Washington, D.C.'s West Potomac Park, southeast of the Lincoln Memorial and just south of the Reflecting Pool on the National Mall...The Korean War Veterans Memorial was authorized by the U.S. Congress (Public Law 99-572) on October 28, 1986, with design and construction managed by the Korean War Veterans Memorial Advisory Board and the American Battle Monuments Commission. President George H. W. Bush conducted the groundbreaking for the Memorial on June 14, 1992, Flag Day. It was dedicated on July 27, 1995, the 42nd anniversary of the armistice that ended the war, by President Bill Clinton and Kim Young Sam, President of the Republic of Korea, to the men and women who served during the conflict. Management of the memorial was turned over to the National Park Service, under its National Mall and Memorial Parks group. As with all National Park Service historic areas, the memorial was administratively listed on the National Register of Historic Places on the day of its dedication. 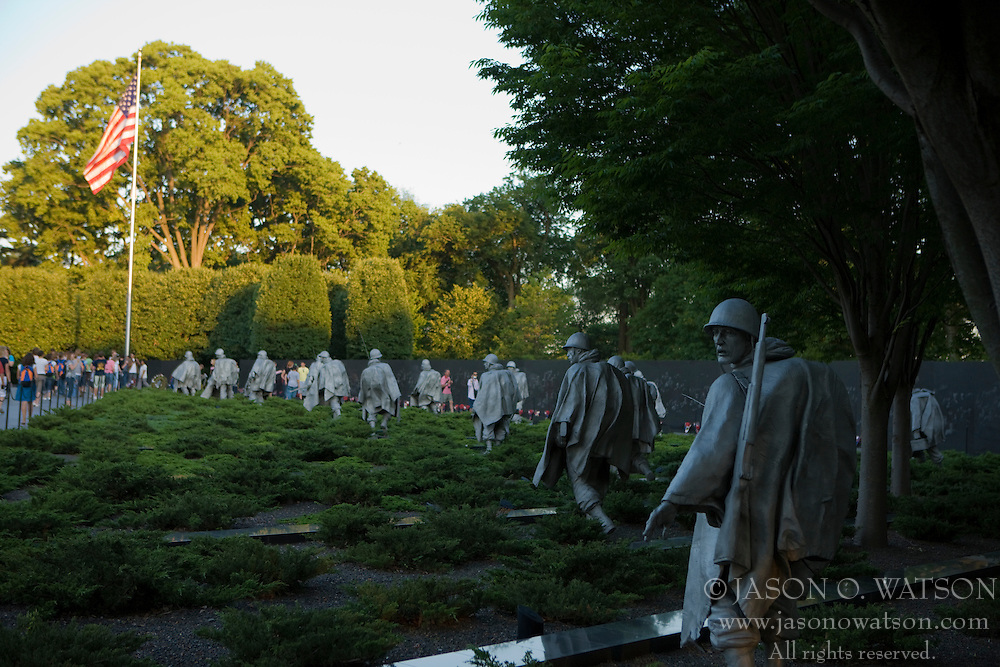